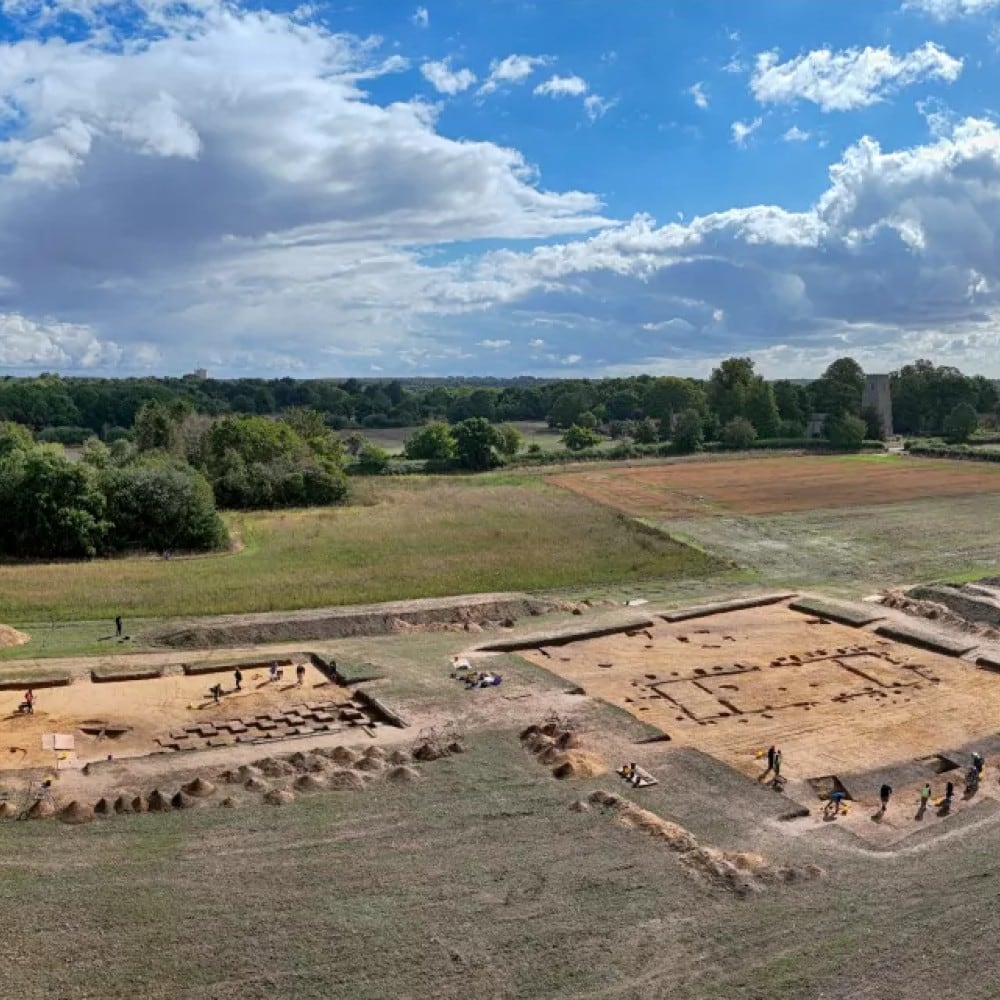 As we dig deeper and deeper, we discover more and more of what happened in the world and where it happened. A recent excavation in the eastern region of England has unearthed a large dining hall. According to archeologists and historians, the elaborate hall was used for feasting nearly 1400 years ago by early Anglo-Saxon monarchs and their warriors.

Located near the Rendlesham village in Suffolk, the archeological site is a part of the two famous Anglo-Saxon ship burials of Sutton Hoo and the Village of Snape. The Rendlesham site is between them, a few miles north of Sutton Hoo and a few miles south of the Snape burials. The site is around 70 miles northeast of London. The Rendlesham site has revealed the remains of a royal compound, including the previously mentioned royal hall from the 6th and 7th centuries A.D. As per the archeologists, the compound is a part of a larger Anglo-Saxon settlement, founded in the 5th century. They also guess that, between A.D. 570 and 720, the Anglo-Saxon rulers of both the Snape and Sutton Hoo burials stayed or lived at Rendlesham for some time during their respective reigns. 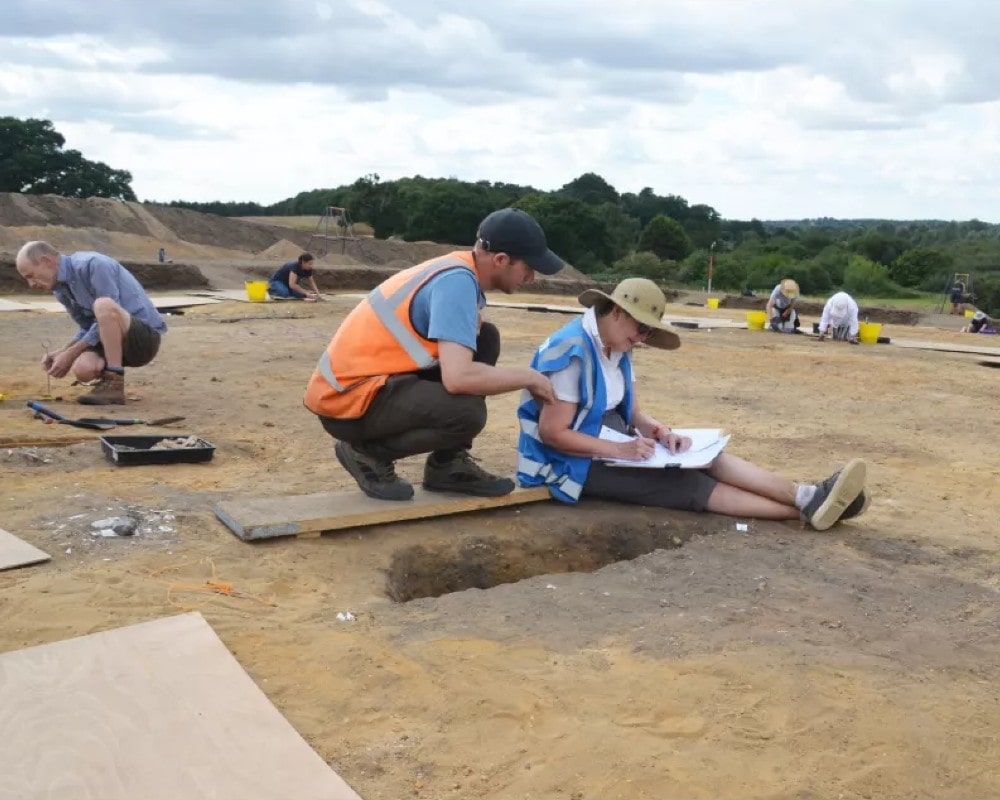 Faye Minter is the senior archeological officer for Suffolk County Council and led the recent excavation under the Rendlesham Revealed project. A team of archeologists has been working at the site since 2008. The recent project interestingly includes hundreds of volunteers from the local communities.

According to Minter, the Snape village and Sutton Hoo burials are of individual Anglo-Saxon kings, who possibly stayed at Rendlesham for nearly 150 years. She explained that the Anglo-Saxon kings used to move around, instead of living in one royal residence. Therefore, it’s highly likely that these two kings of East Anglia used to stay at Rendlesham at some point in their respective lives.

The Hall and the Compound

The recent excavations at the Rendlesham site have revealed the foundations of a timber hall, the largest hall in the entire Anglo-Saxon royal compound at the site. The compound covers a sprawling area of nearly 15 acres. Based on the foundations, the timber building was measured about 10 meters wide and 23 meters long. The building was constructed on raised land within the compound and was surrounded by a boundary ditch. As Minter informed, it’s possible that there were once around 10 halls in the royal compound for the kings and their entourage of hundreds of warriors, but only the largest feasting hall has been confirmed so far.

Steve Buscemi made his first appearance in The Sopranos in season 5 (2004), and while he’s already ...

The Qui-Gon Jinn of Star Wars Liam Neeson is all set to star in Oscar winner Neil Jordan’s thriller ...

Johnny Carson’s Personal Papers to Be Made Publicly Available

Johnny Carson will forever be the symbol of late-night shows as he was instrumental in their ...